Mysterious case of the supermarket plug in a BBC film (updated)

This is a most curious one. Last week my wife and I viewed an American film that we had recorded off BBC3 back in April. Because our hearing is not as good as it used to be, we watched the film -- a comedy called Youth in Revolt -- with the sub-titles switched on. As the film approached the end, we were astonished to see the words "Always Shop at Tesco" pop up on the screen during a pause in the spoken dialogue. See the screen grab. 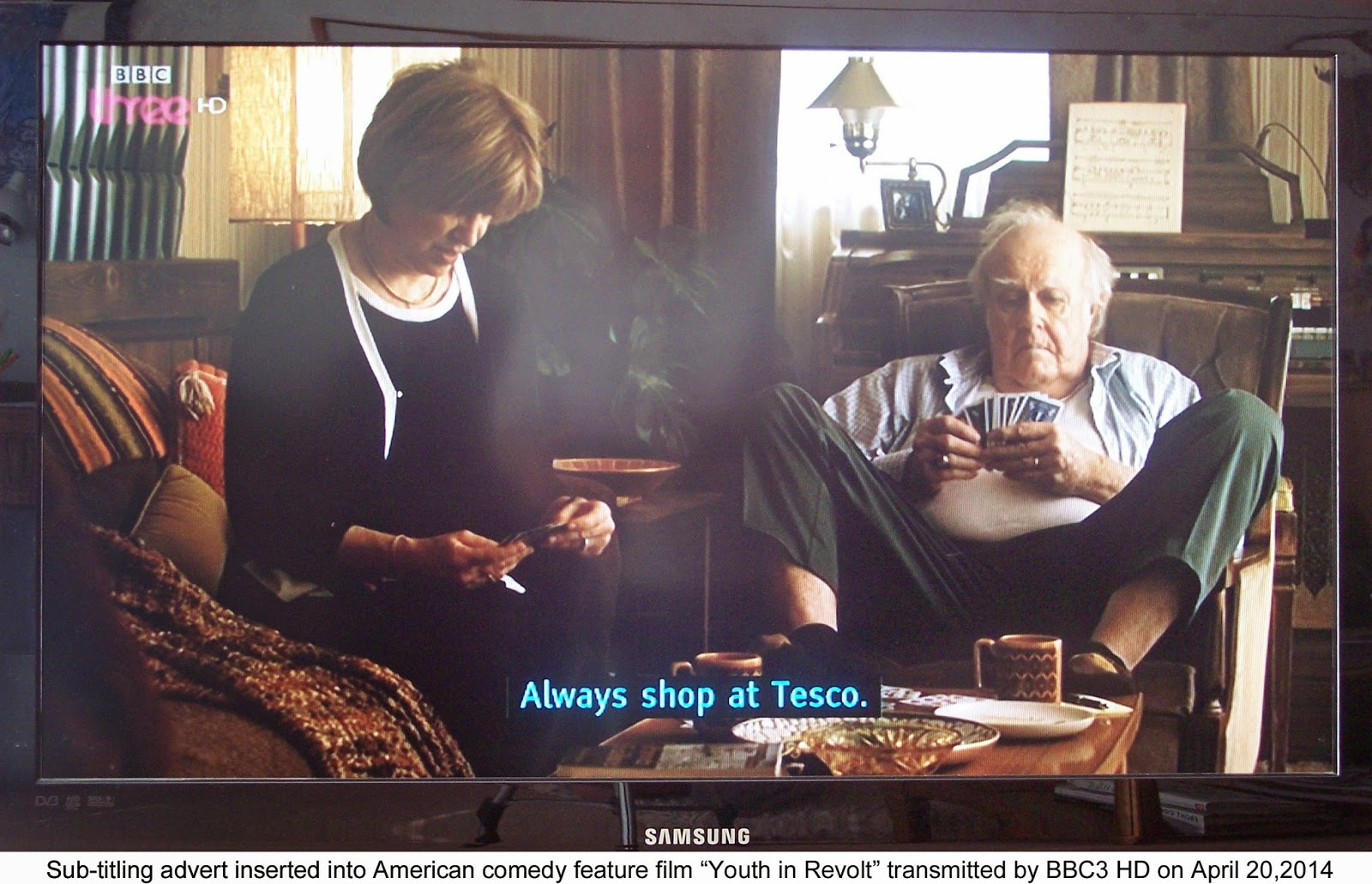 Why and how did this happen? The BBC insists that the words were in the spoken dialogue, but we could not see any lips moving, nor could we hear either actor speaking those words anywhere around the scene, even with the sound turned up high. I have also downloaded versions of the screenplay and can find no reference to Tesco. Admittedly, these were not shooting scripts in which dialogue is often added, removed or amended when the filming takes place.

Why would this encouragement to shop at a British supermarket be in an American film? Sure, Tesco used to operate in the United States for a while but under a different name. Another question: were the sub-titles provided by the American production company or did the BBC outsource them to a British company?

As I have said, it is a mystery.

UPDATE: One person who has looked at this film thinks that "Always shop at Tesco" is muttered as a throwaway line by the woman on the left of the screen. I still don't believe it. Why would a character in an American film deliver a slogan for a supermarket chain that is unknown in the USA? They wouldn't, of course. I still believe that someone inserted the slogan in the sub-titles before transmission by the BBC. Was it mischief or unauthorised product placement?
Posted by Ian D. Richardson at 17:51