Why was this photo an embarrassment? 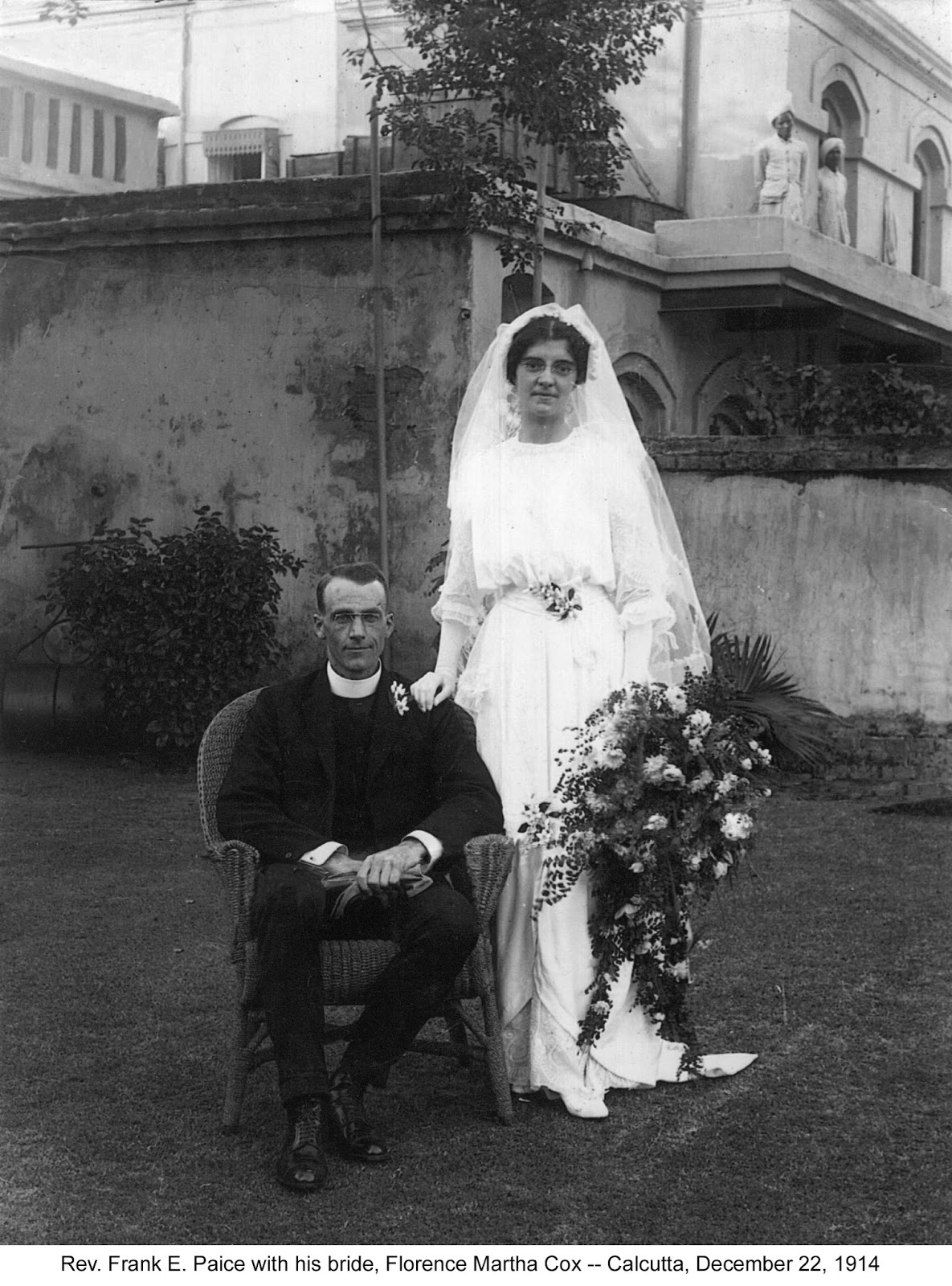 As a keen genealogist I have many family photographs that I would regard as “special”, but this is one that I wasn’t supposed to see. Nor were any other descendants of the couple who are pictured. The couple were my great aunt, Florence “Florrie” Cox, and the Rev. Frank E. Paice, on the day they were married in Calcutta (now Kolkata) in December 1914.

Both were Baptist missionaries from Australia, stationed in the early 1900s in East Bengal, now Bangladesh. The marriage fell apart in scandal for two reasons: 1) Frank Paice had fallen for another missionary, Olga Johnston, during the two-year engagement that the church required Florrie and Frank to spend apart. 2) Florrie had a rare variation of the intersex condition, Androgen Insensitivity Syndrome. Although she looked and felt like a woman, she had male chromosomes and could not function in several important respects as a female.

When Frank and Olga’s scandalous affair became known, both were forced to resign. Florrie returned to Melbourne, but was a family embarrassment with the breakdown of her marriage a relentlessly taboo subject.

The Australian press – normally addicted to such juicy stories – was prevailed upon to look the other way when the divorce went through the Supreme Court and the judge ordered that the file be “closed for all time”.

Frank and Olga married on their return to Bengal where Frank took up an engineering management job. When they returned to Australia some years later, they had reinvented themselves as pillars of society, with Frank taking on a number of high-profile civic positions in Melbourne. No mention was ever made of Frank or Olga’s time in India or their six years as missionaries. Not even their only son and close friends knew of their missionary past. I learned of the scandal only because my mother let it slip when we came across a photograph taken just before Florrie was about to depart for her wedding in Calcutta. 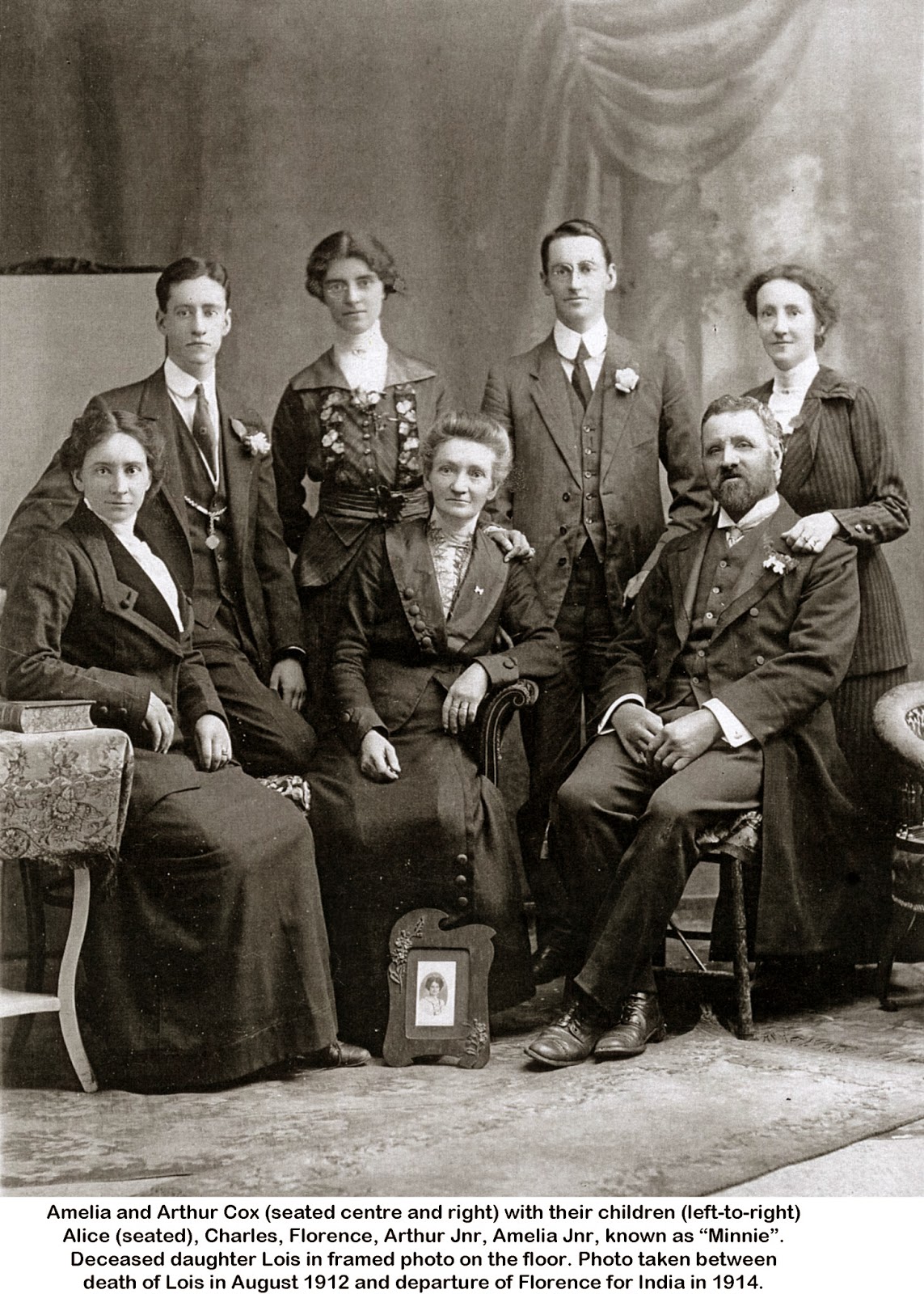 It took me 18 months of email exchanges, letters and telephone calls to get a Supreme Court judge in Melbourne to lift the ban on access to the divorce file, revealing Florrie’s condition. But nowhere could I find photographs of Frank and Florrie’s wedding as they had been destroyed by the family – probably out of embarrassment and anger. Then I got lucky. A very distant cousin showed me a photograph of two people he could not identify. I was stunned to see that it was Frank and Florrie after their wedding at the Circular Road Baptist Chapel, Calcutta. Somehow it had survived the family's photographic purge and my hunt was over.

The story of Florrie Cox and Frank Paice is told in my book God’s Triangle, available in paperback and ebook.

Finally, an unresolved question:
Why is Frank seated while Florrie stands? I have part of the answer. Florrie would have wanted to show off her frock and her large bouquet to their best effect. However, it was unusual, but not unknown, for the groom to be seated for a wedding portrait.  I am unable to track down any reliable explanation why Frank chose to sit down, but maybe it was because Frank was shorter than Florrie.
Posted by Ian D. Richardson at 16:01