Does borrowing a book or buying one second-hand help the author?

The other day when I was searching for some family information in old Australian newspapers I came across this heart-felt advertisement in a provincial daily published in 1880: 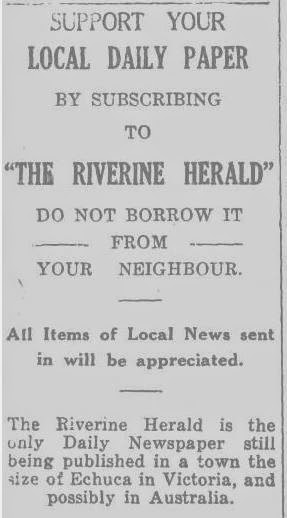 It reminded me of an issue that must bother the overwhelming majority of authors: the fact that they get no financial return from books that are loaned to friends or family or are re-sold in second-hand bookshops or charity shops.

I have one friend who was so enthusiastic about my book God's Triangle that she bought a number of copies and gave them away as presents. That greatly cheered me, but there are a number of people who have written to tell me that they enjoyed the story so much they passed the book on to their friends to read. I'm sure they tell me this because they think it will please me. Yes it does -- up to a point.

Every author likes to know that all the hard work that has gone into a book is appreciated. There is no point writing something that no-one wants to read. But, the downside is that loaning books to friends undermines the often-meager financial returns for an author. Even best-sellers can result in very modest returns. A few months ago, I was at a talk given by an established writer who had authored several high-selling books and a screen play. These were listed in the chairwoman's introduction to the talk, to which he replied: "Thank you very much for reminding me of my works, but what I want to know is why haven't they made me rich?" I once asked a friend who wrote a highly-regarded book on Italian politics if he felt it had been worth it. "Well, I suppose so," he responded without enthusiasm, "but only if I try not to think about the fact that my royalties demonstrated that I'd worked for just 25p an hour!"

A real problem for authors are the charity shops -- especially those that deal almost exclusively in second-hand books. Hundreds of pounds can change hands each day in these shops, but none of it will go to the authors. Oxfam has a second-hand bookshop in Ealing Broadway, and I am convinced that it has played a part in the closure of two independent bookshops in Ealing in the past couple of months.

I now have to make an embarrassing confession. Looking through our own book shelves, I see that a substantial number of books have not been bought new at a bookshop or from Amazon. They have been given to us or we have bought them from a charity shop. And that is the real problem isn't it. It means that most authors will just have to be grateful that their books are being read by someone, even if the financial returns are not what they hoped.
Posted by Ian D. Richardson at 20:48