Although I spent just the first four years of my life in Wonthaggi, I have a tremendous fondness for the former coal mining town in Gippsland, Victoria. It is where my Scottish grandfather, John S. Richardson, a mining engineer, put down his roots after emigrating to Australia following the First World War. I never knew him because he died about two years before I was born, but from all reports, he was an entertaining and talented character with an interesting history. His death was brought about at the very early age of 54 by illnesses he caught when serving with the military in the Middle East. He was buried in the Wonthaggi Cemetery.

My father, also called John S. Richardson, was 10 when he arrived in Wonthaggi and after completing his schooling, he became an apprentice printer and later a reporter with the Wonthaggi Sentinel.

I was recently invited back to Wonthaggi by the local historical society to give a talk about my book, God's Triangle, which is currently being developed as a feature film. I was surprised at the large turnout for the talk, and I had a most enjoyable interaction with the audience. This is how the local newspaper, now called the South Gippsland Sentinel-Times, reported the visit: 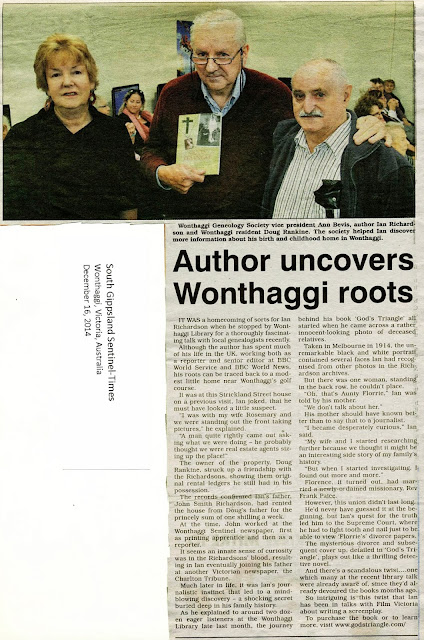 And here's a story written about God's Triangle published in the South Gippsland Sentinel-Times of June 20, 2012: 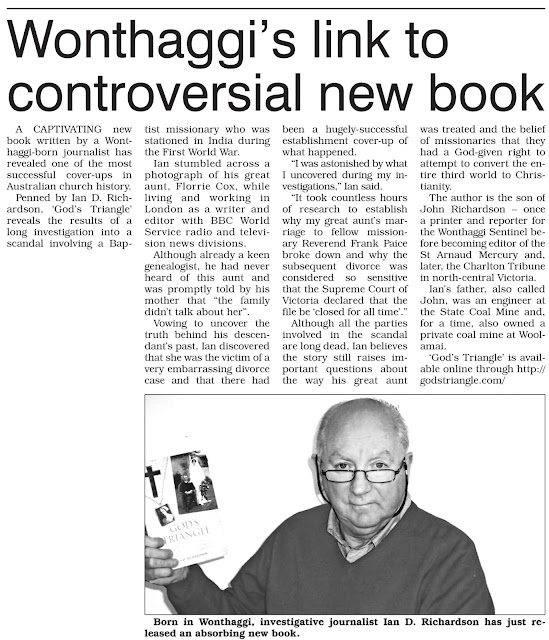