Words that are misused or unnecessary

Some German friends recently asked me to edit a letter they were writing to their neighbours about a matter of mutual concern. Their spoken English is excellent, but they were worried that their grasp of the written word was not so good. As I suggested changes, I realised that some of them would have been made were I editing a similar document written by a person with English as a first language. This took me back to when I was a journalism lecturer and produced for my students a simple guide to some of the errors that irritated me. You may find it of use: 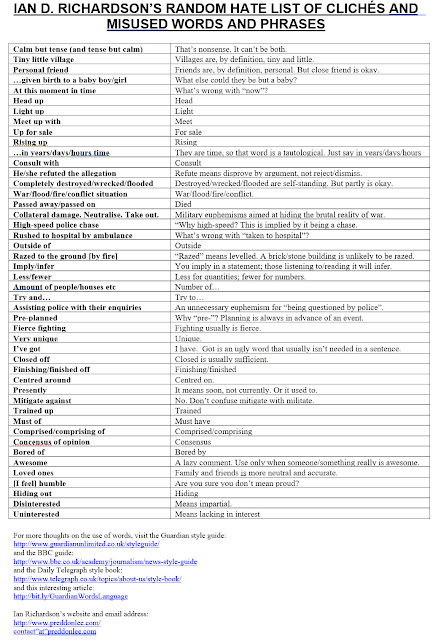