How a missionary scandal in Australia and India was covered-up

About God's Triangle by the author, Ian D. Richardson 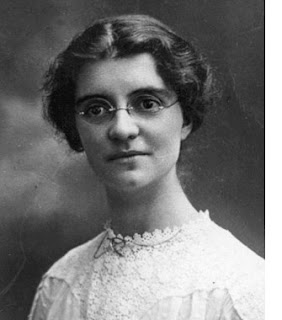 This is the true story of Florence M. Cox. "Florrie", as she was widely known, was my great aunt. She died in Melbourne, Australia, in 1950, understanding little of the circumstances that destroyed her marriage and her life as a Baptist missionary in East Bengal (now Bangladesh). It is also an account of an establishment cover-up of the scandal surrounding her failed marriage, and of how her husband, the Rev. Frank E. Paice, and his mistress and second wife, A. Olga Johnston, erased a whole chunk of their past to become pillars of society in Australia.


The story reveals much about the social constraints of an age when strict Christian virtues and rigid social taboos reigned supreme over intelligent open discussion and a realisation that life's problems must not be viewed simply as black or white, or Christian good versus evil.

God's Triangle is about my search for the truth surrounding my great aunt. The story would have remained a secret, had it not been for my mother casually showing me a photograph that excited my incurable journalistic curiosity.

I was brought up in a staunchly-Protestant environment, but I am no longer a believer, nor have I been since my late teenage years. Hence, this story is viewed through the prism of an atheist, but I hope believers will accept that I have done my best to tell the story with honesty and fairness.

My great aunt and her fellow Christian missionaries in India were mostly kind souls who genuinely believed that they had a God-given mission to link "doing good" with spreading the word of the Lord and obtaining conversions, heedless of the cost to themselves or the converts.
As part of the cover-up some years later, most of the related official documents were lost or destroyed by the Baptist Church. All that remains in the church records are a few cryptic minutes from board meetings of the Baptist Foreign Mission Board in 1918 and 1919.

The families involved in events that I will recount also destroyed their records, or at least hid them where they hoped they wouldn't be found. Had it not been for old copies of the missionary magazines, The Southern Baptist, Our Indian Field and Our Bond, held in Baptist archives in Melbourne and in Oxford, England, it would have been impossible to get to the truth. The magazines themselves did not refer to any scandal, of course, but they did provide vital dates and other clues that helped my wife and me assemble a jigsaw.

A jigsaw is a perfect analogy for how our research progressed. Not all the pieces could be found, but we were able over the years to put together a reasonably complete picture. Sometimes, we would go weeks or months without finding a piece of the jigsaw and even when one was located, it wasn't always possible to know where it fitted. However, since the first edition was published, further information has emerged, requiring an additional chapter in this edition.

It would have been nice to assemble the God's Triangle jigsaw in an orderly manner, say, bottom up or top down, but it was never going to be like that. Sometimes we would find a big chunk of the picture but not fully understand what it portrayed. And sometimes we would fail to spot the obvious, or would be led off on a false trail.

A vital part of the jigsaw was provided by the divorce file for Great Aunt Florrie and Frank Paice. But as you will learn, the divorce papers were part of the cover-up and far from easy to obtain.

The depth of the embarrassment and anxiety that erupted around Florrie Cox, Frank Paice and Olga Johnston cannot be overstated. Worst of all, it tore apart the Paice family and spilled over into my own branch of the Cox family, even though Great Aunt Florrie was arguably an entirely innocent party.
© Copyright Preddon Lee Limited, London W5 5QB, United Kingdom. All Rights Reserved
Posted by Ian D. Richardson at 15:42