An Australian friend, the Bendigo artist Gail Tavener, recently tipped me off about printing equipment she had seen in a wonderful museum at Wedderburn, a small former gold mining town (population 680 at the last census) in the state of Victoria. As she remembered that I had once trained as a printer, she wondered if I knew anything about the machines, a Linotype type-setting machine and a Heidelberg automatic printing press. I not only knew about them, but once worked on these exact machines.

(click on photographs to enlarge them, then Escape to go back to the story) 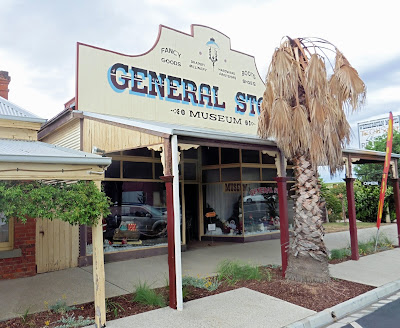 Back in 1961, I was employed by the Tribune weekly newspaper in the neighbouring town of Charlton when my mother sold it to Ian and Coral Cameron from Wedderburn. Ian's father had owned the Wedderburn Express but had sold it to a solicitor, Eric Shackleton "Shack" Bailey and printer John Somerville. The Express had, since its inception in the 1800s, been entirely handset, but "Shack" and John modernised the operation by buying an Intertype (also known as a Linotype) and a Heidelberg printing machine. Ian Cameron decided to loan me to the Express for a few days each week to teach John Somerville how to use the equipment.
As I was on a visit to my homeland last month, I was able to call at the museum to be greeted by Denise Nichols and her enthusiastic and friendly colleagues. It was a delight to be shown around and reunited with the equipment that was part of my life so many decades ago. 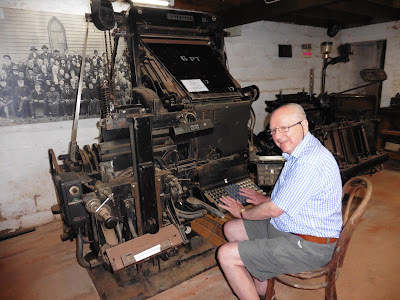 The Intertype/Linotype (above) and the Heidelberg (below) 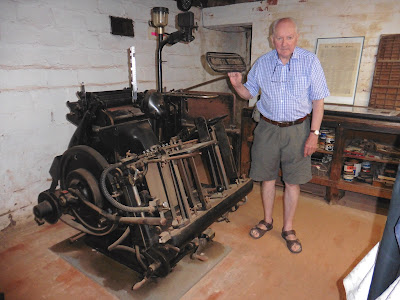 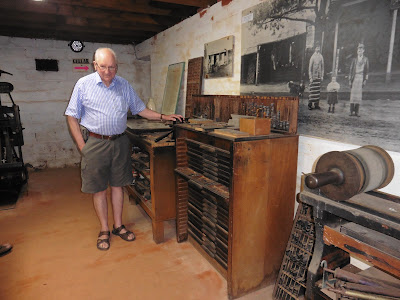 The old type cases, and on the right is the roller that printed the proof sheets
, 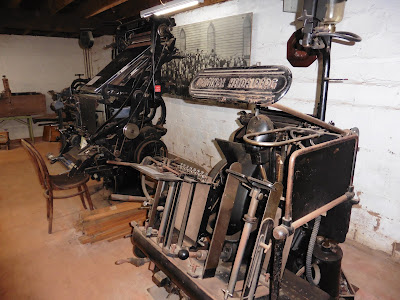 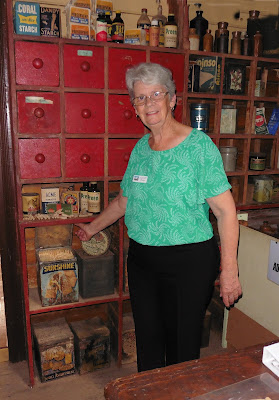 Denise Nichols opens a tin of biscuits with the biscuits still intact, sort of, and below are some of the displays in the grocery shop that was frozen in time. 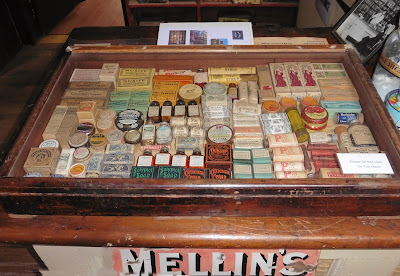 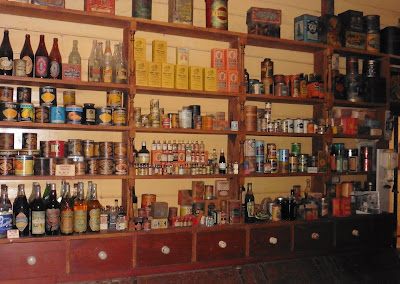