Back when radio was fun and called the wireless

I've just found an entertaining and informative recording of an interview I did with the Australian actor and broadcaster Ray Barrett back in December 1974. Ray, who gained international fame in the BBC TV series The Troubleshooters,  spent much of his career also working in radio in both the United Kingdom and Australia. 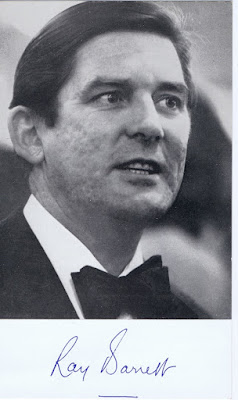 In the interview, Ray talked about how different radio was between the two countries and what it was like being Tarzan and many other characters in Australian radio serials.

Ray returned to his home country in the 1970s and died of a brain haemorrhage on Queensland's Gold Coast in 2009.